Being a parent we always want to be protective of our kids. We want them to be happy, to have playing time, to make the team; but sometimes the best thing that a parent can do for their child is let them suffer. Let your child deal with the disappointment of not making the team or not getting any playing time so they can figure out what they have to do to get what they want.

Through that process they get stronger. 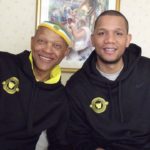 One of the key things that kids are missing in athletics, as far as continuing development, is having their disappointments be managed by their parents.

Here is my suggestion:

If your child try’s out for an AAU team and doesn’t make it, don’t try to make another. Let them deal with the disappointment of not making the team, get them in the gym and go to work.

One of the weaknesses in today’s world is there are so many opportunities for kids to participate in, and parents are wanting to control the situation to benefit their kids. What parents don’t know is there is a bigger benefit to getting cut from the team; and that benefit is growth.
Take Michael Jordan’s story for example. He got cut from his sophomore team in high school and instead of changing schools or trying to make a different team, Jordan used that fuel to drive him and as a result he became one of the best players of all time.

Not saying that everyone will be the next Michael Jordan, but it’s the way you deal with the disappointment that will make you a better person and a better athlete.

PARENTS– don’t try to avoid your kids from getting disappointed. My advice; coach them through it. 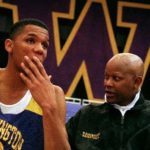 In my experience growing up with my dad, Slick Watts, there was no protecting my feelings. One of the things that I saw as a young athlete when I was unperformed, got cut from a team, or didn’t get the things I wanted my dad
would be extra hard on me. If I had a bad game he would let me know. If the coach didn’t play me because of my attitude, he would agree with the decision, often times saying “I wouldn’t play you either with that attitude.” He would always side with the coaches and the decisions they made.

What he was doing was not telling me that I was bad, but simply making the point that I have to work hard for what I wanted. Nothing was given to me and I couldn’t have any expectations because I was “his son”. He would always say, “I had to put in the work, and so do you.”

I advise parents to support their kids through disappointment rather than trying to let them avoid it. I truly believe if we adopt this mentality through sports we will all be champions. 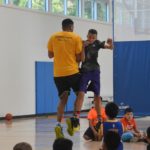