Playing Multiple Sports
In this era of sports people are told at an early age to focus on one sport if they want to be successful in that sport. Yet we have seen multi-sport people that have been successful like Nate Robinson, Jimmy Graham, and Russell Wilson. They proved that playing multiple sports actually increased their chances of being successful in a sport. NBA players have come from what are known as soccer countries like Manu Ginobili and Tony Parker because they worked on footwork which is essential for both sports. Nate Robinson used his jumping ability and speed in football, and translated it to his basketball game. Russell Wilson used his vision in baseball and ability to read pitches, and translated it to football as a quarterback. These are just some examples of how players have benefited from playing multiple sports.

Disadvantages of Playing One Sport 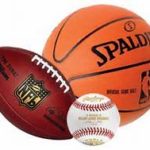 In John O’Sullivan’s article in the changing the game project “What About a Single Sport Athlete”, he states the following points. “Many parents feel tremendous pressure from youth coaches, other parents, and finances, to pick a sport and stick with it. Here are some of the major points I made regarding the negatives of single sport participation for young athletes:
1. Adult Inactivity: A study by Ohio State University found that children who specialized early in a single sport led to higher rates of adult physical inactivity. Those who commit to one sport at a young age are often the first to quit, and suffer a lifetime of consequences.
2. Overuse Injury: In a study of 1200 youth athletes, Dr Neeru Jayanthi of Loyola University found that early specialization in a single sport is one of the strongest predictors of injury. Athletes in the study who specialized were 70% to 93% more likely to be injured than children who played multiple sports!
3. Burnout: Children who specialize early are at a far greater risk for burnout due to stress, decreased motivation and lack of enjoyment” (For more on this article click this link):
What About the Single Sport Athlete
As you can see focusing on one sport in your early years can be detrimental to a players development

Advantages of Playing Different Sports
Playing multiple sports can beneficial to a player’s development. As we have mentioned before many successful players have gone on to play on the professional level buy playing different sports in the early years of their development. Here are some advantages:
• Players are able to transfer skills from one sport to another
• It enhances a players creativity and athletic ability
• Multiple sports allow players to be engaged and focused on their skill development

Infusing Workouts
We have found that many players feel that they don’t have time to work on one sport while they are playing for another. Players should know that dedicating 30 minutes a day will make a big difference in their player development. Here is an example of a workout that someone that is playing football but still wants to sharpen their basketball skills:
• 15 minutes of shooting before and after football practice, working on lift and touch
• 1-2 hour intermediate basketball workouts once a week
• Light 1 on 1 or 2 on 2 type games to keep your reaction time up, but don’t get so competitive that you risk injury.
These things take 7-8 hours per week at the most and will make the transition seamless from football to basketball seasons.

Multiple Sports Equals Success
Now that we have dispelled the myth that playing one sport gives you a better chance of being successful, we encourage you to allow your kids to play a different sports. It will help them increase confidence, develop their instincts, and teach them how to be successful in a team environment. Playing multiple sport increases the chances of your kids to be successful both on and off the court. 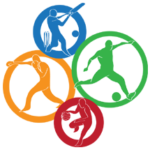