Power Performer Of The Week: Cici West is The Definition Of Determination 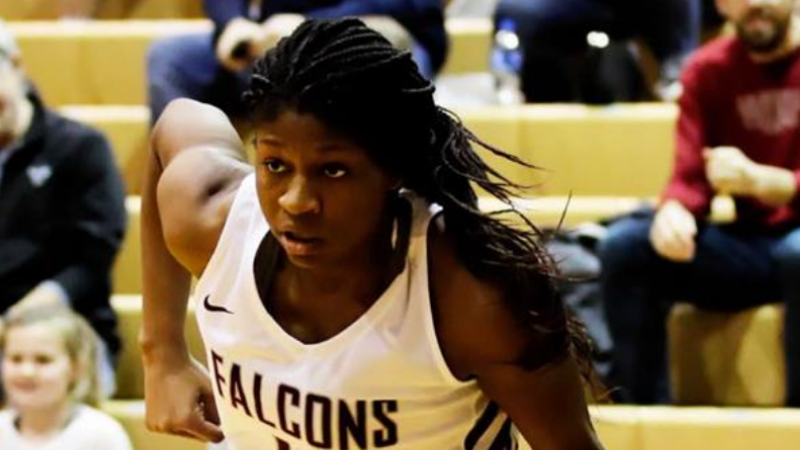 Watts Alumni, Cici West has just completed an incredible senior season. The 5’10” forward/guard was a standout at Holy Names Academy before going on to have a stellar college career at Portland State University as an undergrad and Seattle Pacific University as a graduate student. While her playing career was an incredible success, Cici’s journey to making her Division 1 dream a reality was anything but easy.

“I genuinely loved my high school experience on and off the court,” Cici explains of her time as a varsity 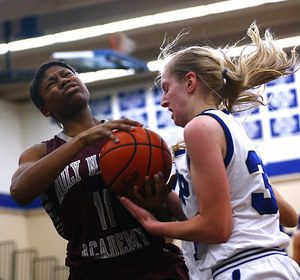 The challenges started early in high school. One day, during practice she started to not be able to hear very well, she was losing her balance, and didn’t feel right.

“We took her to the doctor,” explains Cici’s mom Cheryl. “And she was diagnosed with an auto-immune disorder we didn’t know she had.”

The auto-immune disorder, angioedema, causes extreme swelling within the body and can be triggered by strenuous exercise

“That day on the court, Cici was going into anaphalactic shock.” Her mother, still shaken by the memory, explains. “She could have died on the court that day.”

The diagnosis itself was scary enough, but the doctor’s recommendation was heartbreaking.

“The doctors prescribed her medicine to control the condition, but they recommended she give up basketball.” Her mom says. “When we went home she was crying and told me ‘I don’t want to give it up.’

“So we made a deal. If she was diligent and managed the condition I agreed to let her play and never be more scared than she was. She held up her end of the bargain.”

By her junior year of high school, Cici’s relentless determination to overcome every challenge was paying off. She was a standout student who’s leadership roles in her extra curricular activities were too numerous to list. On the court, her play had drawn the attention of several college programs.

“I had a lot of interest from NAIA schools,” Cici says of her junior year. “I had a few offers to be a walk-on and potentially earn a scholarship later in my career at bigger programs, but I had spent so much time working to get to the college level, my parents had invested so much in me that I wanted to go somewhere where my education would be paid for.”

“It’s frightening when it feels like it might not happen,” says Cheryl of that moment of doubt. “She spent so many years training, going to tournaments, getting injured, fighting back and then she has to face the fear ‘what if I don’t make it?’”

While that fear can often derail even the toughest of people, for Cici, she turned to her mentor for advice.

“Cici was blessed to have a mentor like Donald,” Cheryl continues. “Having somebody who went through that process and helped others get there was great to have.”

At the end of her senior season in high school, Cici still hadn’t received an offer from a program that met her desire. She was understandably upset and worried.

“After her senior year, she called me in tears because she wanted to play at a certain level,” Says Donald Watts. “She had worked her butt off and she didn’t know what to do.”

Determined not to settle for less than she felt she was worth, Cici and Donald got to work.

“I had worked with Donald for years,” Cici elaborates. “He helped me so much to become the player I was in high school, and was always there to give me advice when I needed it.”

“We shifted the focus of our training to be exclusively on her and her skills,” states Watts, “We focused in on what she needed to do to be ready when an opportunity would present itself.”

An opportunity did indeed present itself. Portland State University was having a tryout to fill an open spot on their roster.

“Donald called me and told me that Portland State was having an open gym and tryout,” Says Cici of how she learned of the opportunity. “My mom and I went down, we went on a campus tour and then I went through the tryout against the other girls who had been invited not knowing what to expect.”

“About 2 mins into the tryout the coach came over to me and said ‘Cici looks pretty good’.” Cheryl says with a chuckle about the tryout “She’s really strong’. As soon as the coach said that Cici missed her next 2 shots.”

The missed shots didn’t effect the coaches opinion of Cici’s ability, however.

“At the end of the day they brought us into the coaches office.” Cheryl explains. “We thought they were going to say ‘Thank you for coming, she’s on our list.’ Instead the coach said ‘we want to offer you a full ride scholarship.’”

It was the opportunity Cici had worked her entire life for. She was thrilled. 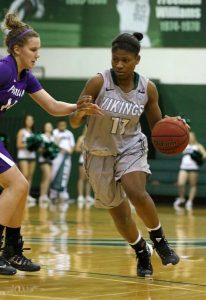 “To be playing Division 1 basketball on a scholarship and being only three hours from home,” Cici exudes “It was an amazing opportunity.”

At Portland State, Cici faced the typical initial struggles of transitioning to the college game.

“My first practice I got a steal and went full speed towards the rim, “Cici recalls. “In high school I could take contact and finish the play. This time though, it was like running into a brick wall! I just bounced off the defender. She didn’t move. That’s when I realized Division 1 is different.”

She had an average freshman year, but by her sophomore campaign Cici was excelling. She nearly averaged a double-double with 10 points and 9.5 rebounds per game, and set the Portland State record for rebounds in a season with 286. Even with the success, there were still moments when she had doubts.

“There was one day I was just anxious. I wasn’t feeling confident,” Cici says of one particular moment. “I called Donald and told him ‘I’m really worried about tonight. What do I needed to do? how can I perform my best?’ At the end of the call he said ‘just play the best game you ever had. That’s what you’ll do.’

Cici did just that. She finished the game with an incredible 19 points and 16 rebounds for her 10th double double of the season.

Entering her junior season, Cici would see her roll change with Portland State. With new players joining the program, her roll was reduced. At the end of the season, having already earned her bachelors degree in only three years, Cici decided it was time to pursue her masters degree and she really wanted to do so back in Seattle.

“I just had this desire to go back to Seattle and be near my family,” Cici says of her decision to transfer back home. “One of my grandparents had passed while I was at Portland State and I think that played a roll in wanting to be back around my family. I also wanted to be able to still play while getting my MBA. Donald reached out to the coaches at Seattle Pacific University and it wound up being the best opportunity for me.”

However, just five games into her 2017 season with Seattle Pacific University, Cici tore her ACL. Many players would see this as a major setback, but just as with her auto-immune diagnosis in high school, Cici was focused on overcoming the obstacle.

“I used it as a opportunity to be around my teammates and enjoy my time with them while focusing on my rehab and studying,” she says. “I still had a year of eligibility so I just wanted to get ready and get back on the court.” 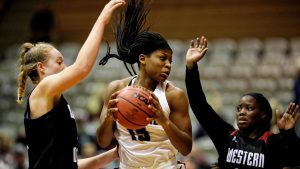 This past season, as a fifth year, graduate senior, Cici showed out. Averaging 10.4 points, 8.8 rebounds and posting season highs of 20 points and 18 rebounds, respectively.

On senior night, Cici had a chance to reflect and thank the people who had stood by her through her journey.

“Every day before her games in high school I would write her notes of encouragement,” Cheryl explains.    “Before her last college game she wrote me one saying ‘thank you for still loving me when I had a bad attitude, for driving me around, for paying the AAU fees, and rebounding for me all those years.’”

It as a touching gesture by an incredible person who overcame every obstacle placed before her and seized her dream. For those who know her, it is the perfect microcosm of who Cici West truly is.

With her playing career now over, and possessing a bachelors degree and an MBA, Cici embarks on the next chapter of her story as a leader in the business world. With how she handles challenges, the next chapter will be one we all look forward to reading! 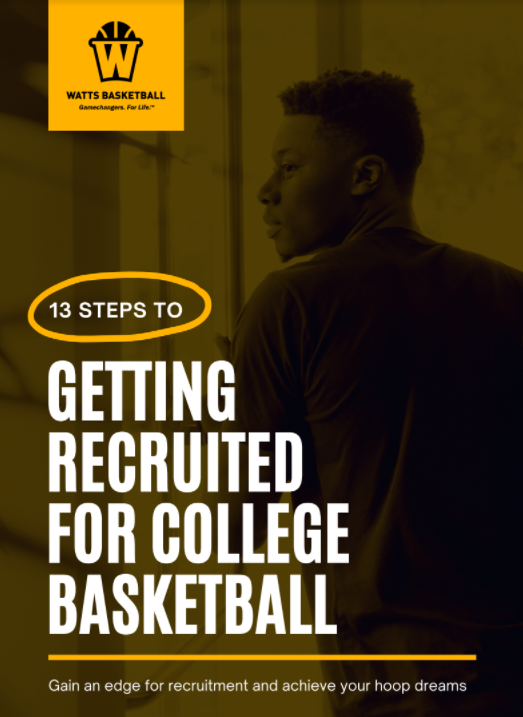