The Common Denominator of Great Shooters 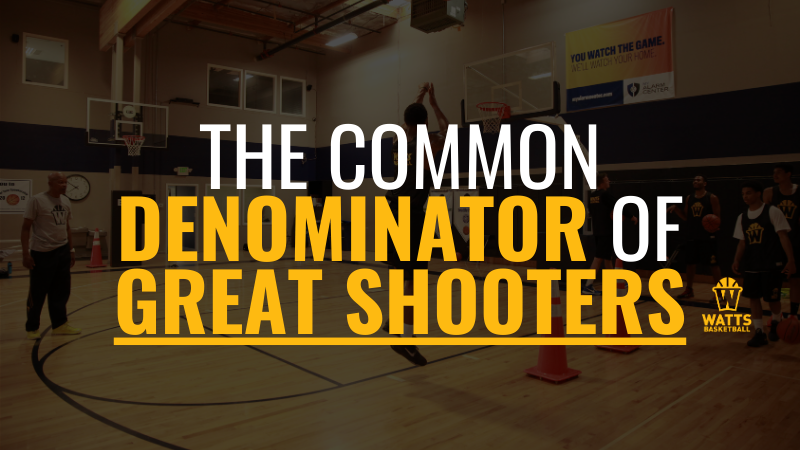 Are you striving to become a great and confident shooter?

Today, we’re going to go through the pillars of a perfect jump shot. If you’re ready to take your game to the next level, read through.

3 Pillars of a Perfect Jump Shot

Before we dive into the “how,” let’s review first the three pillars you need to always keep in mind in shooting your shots:

Mentality: The mental approach and commitment you need in becoming a great shooter.

The Shot: What turns into points for you and your team.

Footwork: This allows you to get the shot off.

One Thing Great Shooters Have In Common

Throughout my basketball career, I have worked with some of the greatest shooters of all time— Freddie Brown, Ray Allen, Kobe Bryant— I’ve had the opportunity to train alongside. Everybody has a unique shooting approach, but all the great shooters have one common denominator: their great power source lies in their legs.

A common mistake I see many people are focusing too much on shooting itself, resulting in not such athletic shoots. What we want to focus on first is form. When you’re shooting, you’re preparing to shoot the basketball and not just to make shots, but also to make shots when people are trying to stop you from making shots.

That’s why you need to get that athleticism into your shots. Below are three of the best drills so you can achieve just that,

Basketball Drills You Can Try to Achieve a Perfect Jump Shot

For this drill, you will need three equipment: a ball, a ring, and a hurdle. The key is to establish rhythm and balance in your legs as you take twenty repeatable shots for three sets.

While maintaining the rhythm and balance from the One Beat Shot Drill, you can transition to this more advanced drill with the use of the same set of equipment.

After completing the two drills, you can challenge yourself and try this last drill that focuses more on building the power in your shots once you have properly established your rhythm and balance.

Explosive Step Drill shown at 5:09 in the video.

On our next Art of Shooting Video, we’ll talk about the last two elements of a perfect jump shot — release and landing.

Catch the next video at Watts Basketball on Youtube, dropping on Mondays and Fridays at 5 PM weekly! Be a gamechanger, for life.

SHARE THE BLOG TO YOUR FELLOW HOOPERS!
← Prev: Basketball Training with Coach Donald Watts Next: 24 Proven Basketball Tips for Beginners that You Can Adopt Today →